Addressing the various insurance executives in attendance, Carnegie-Brown said the event was a probability to sit up for a hopeful future while looking back on what he called a “cherished” life.

“[The Lutine Bell’s] note provided a moment for us all to recollect, reflect, and revere the life that offered a lot comfort and inspiration to so lots of us over so a few years – as I’m sure it’s going to proceed to do within the years ahead,” he stated.

“The Queen made three official visits to Lloyd’s: in 1952, 1986, and 2014. On that first visit – the identical 12 months as her own accession – Her Majesty charged Lloyd’s with ‘embodying the very best qualities of British commerce: keenness and efficiency, with an actual and deep public spirit’.”

The Lloyd’s chair went on to say: “We proceed to embrace that responsibility today. Her words are indelibly written in our history and might be cherished by all at Lloyd’s for years to return. But as we remember the legacy of 1 monarch, we also welcome the accession of one other.”

A single ring of the Lutine Bell signified the beginning of what was described on LinkedIn as a moving and emotional gathering, while two rings at the tip acclaimed King Charles III. 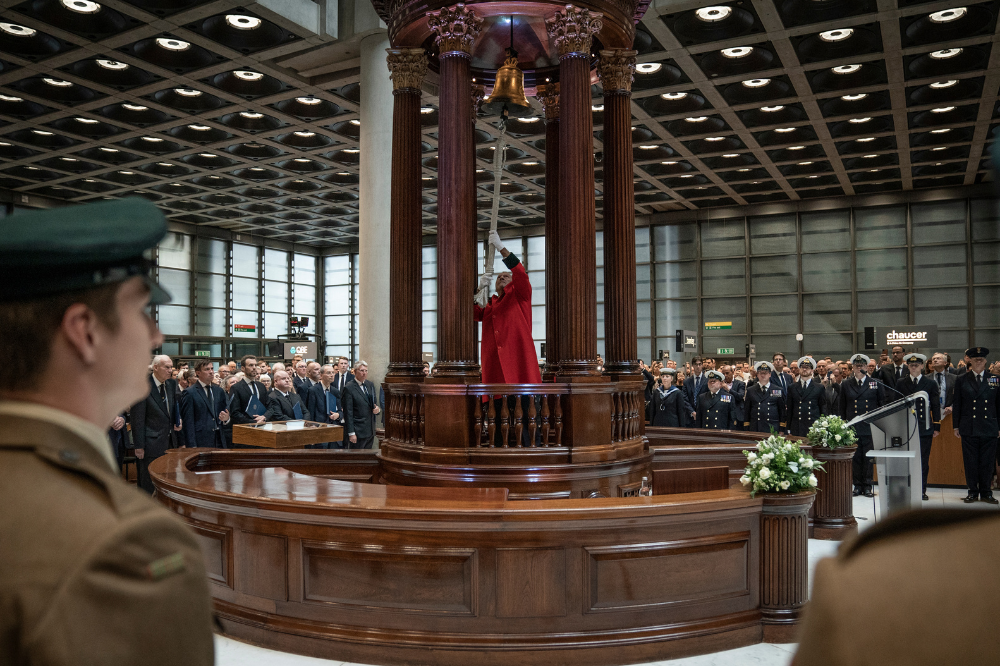 “It represents the beginning of a recent chapter in our shared history – and for Lloyd’s, a probability to acknowledge the start of one other historic partnership,” declared Carnegie-Brown, who sees the connection with the Royal Family as an everlasting one.

“That partnership already has firm foundations, as Lloyd’s has been privileged to host His Majesty, while Prince of Wales, on several occasions – most recently, in June last 12 months to launch the Insurance Task Force of his Sustainable Markets Initiative, which we were honored to be invited to chair.”

He added: “As His Majesty takes on the nice burdens of state at the moment of sadness and loss, we provide our support and condolences to him and to his family. For our part, we are going to proceed to hold the baton of constructing a braver and more sustainable future, as championed by His Majesty and charged to Lloyd’s and others through the work of his Sustainable Markets Initiative.”

Meanwhile Lloyd’s chief executive John Neal spoke with a deal with gratitude and the sense of duty.

Neal told the attendees: “Gratitude turns our attention away from what we lack and towards what we’ve got. I’m determined to maintain that concept front and center as we are saying goodbye to a cherished leader and prepare to welcome a proven public servant.

“So today – I’m grateful for ‘a life well lived’, as His Majesty so eloquently put it. I’m grateful for the family and friends to reflect on that life with. And I’m grateful for the promise of one other life certain in duty to serve others, as our incoming King has pledged to all who call the UK home, or a house away from home. Long may he reign; and long live the King.”

As a part of the ceremony, London Market Association CEO Sheila Cameron read the poem “For The Hardest Days” by Clint Smith.

On September 19, the day of Her Majesty’s state funeral, the Lloyd’s constructing within the UK and Lloyd’s global offices might be closed.